Does yoga help with low back pain?

Low back pain can initially appear out of nowhere – you sit in the office all day, then on the couch in the living room and watch TV, and the discomfort in your lower back does not give you peace. However, you should know that it is this prolonged sitting that has caused tension in the lower back and the pain is only the beginning.

However, lower back pain does not spare people whose daily lives are filled with excessive movement, even athletes. Because any sport or exercise with weights, or which includes running, jumping, or fast dynamic movements, creates tension in the lower back. When these activities are repeated over time without proper stretching and release of the most stressed muscles, severe injuries can occur.

Research shows that yoga or focused body stretching can help reduce lower back pain, while also helping to reduce stress and improve sleep.

Which asanas should be performed for back pain? 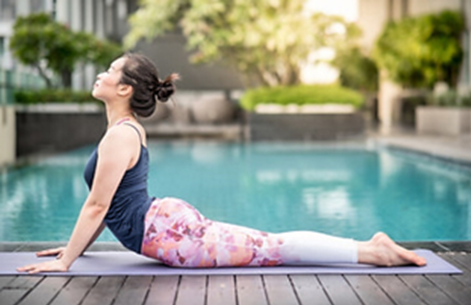 This is the eighth pose of the 12 poses of Surya Namaskar, Bhujangasana, also called the Cobra pose of “Bhujanga” / cobra in Sanskrit /. It is one of the most important back-bending asanas in yoga, where the body and head look like a raised cobra’s head. 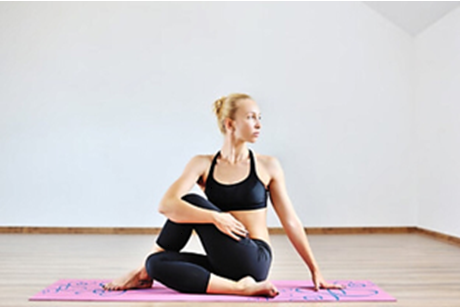 This asana is named after the Macindranat yogis. The name is taken from the Sanskrit words ‘ardha’, which means ‘half’, ‘matsya’ means ‘fish’, ‘indra’ means ‘king’ and ‘asana’ means ‘posture’ or pose. This pose is one of the 12 basic asanas used in hatha yoga programs and is extremely useful for the back.

Even cats can inspire our yoga lessons. That is why “Marjariasana” is also called “cat stretch”. You can imagine how satisfying and useful stretching like a cat can be! 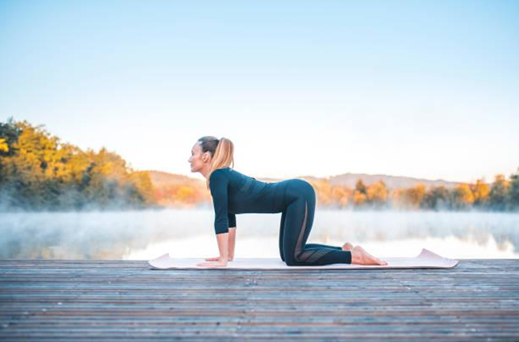 Bitilasana gets its name from the Sanskrit word Batila, which means cow. It is so called because the posture of this pose is similar to the posture of a cow’s body. This asana is almost always practiced in combination with the cat pose. 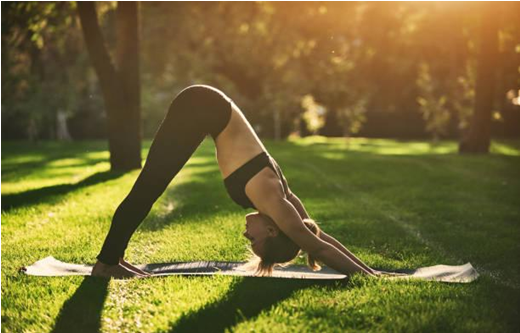 The name comes from four Sanskrit words: ‘adhas’ means down, ‘mukha’ means face, ‘śvāna’ means dog, and ‘āsana’ means posture. Adho Mukha Svanasana looks similar to what a dog looks like when leaning forward. This asana has an incredible number of benefits, which is why it is extremely important to practice it every day. The best part is that even a beginner can do this asana with great ease. 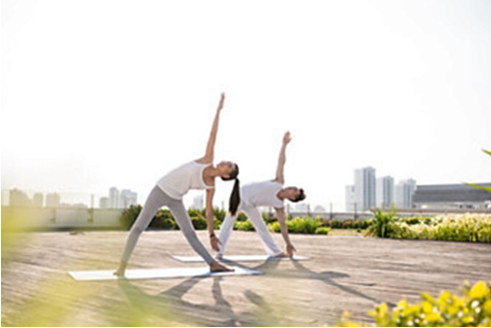 This asana resembles a triangle and this is what it is called. Its name comes from

the Sanskrit words त्रिकोण (trikona), which means triangle, and आसन (asana), which means posture. It is known that this asana stretches the muscles and improves regular bodily functions. Unlike most other yoga asanas, this one requires you to keep your eyes open while practicing it to maintain balance.

This asana is popularly called the Camel Pose. Its name comes from Ustra, which means camel in Sanskrit, because this pose looks like a camel. It is known to open the heart chakra and increase strength and flexibility. 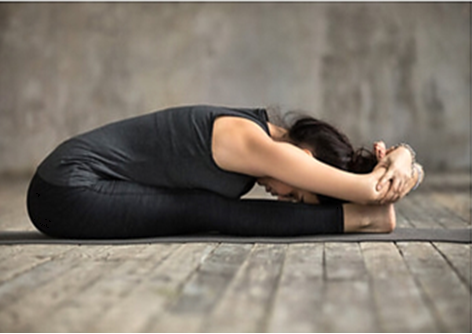 This is one of the main poses of Hatha Yoga, which stimulates the center of your solar plexus. The name comes from the Sanskrit words “paschima”, which means west or back, “uttana” – intense stretching, and asana – standing.

Purvotanasana is an intense stretch facing east. This asana brings together the strength of the muscles of the legs, shoulders, and spine. 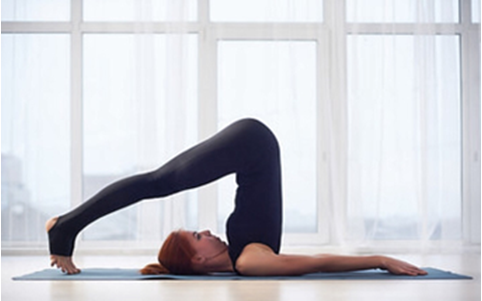 “Hal” is a Sanskrit word meaning plow. As the name suggests, this pose prepares the field (mind and body) for deep rejuvenation. It is known to tones and strengthen the body. Hal is a great relaxant and calms the entire nervous system.

The gas-relieving posture is suitable for everyone, whether they are beginners or advanced in yoga. As well as helping to release digestive gases from the intestines and stomach, this is one of the best yoga poses for relieving back pain. 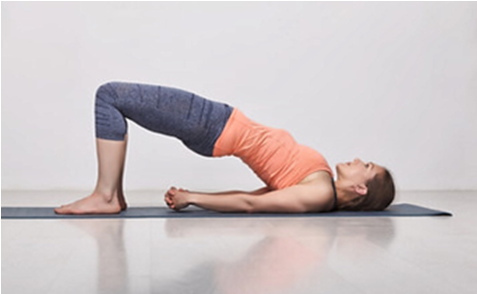 This asana gets its name from the Sanskrit words Setu, which means bridge, Bandha, which means lock, and Asana, which means posture. This pose resembles the structure of a bridge – and so its name. It stretches your back, neck and chest and relaxes your body.

Its name comes from the Sanskrit word “shalabh”, which means grasshopper. The locust position or Shalabhasana is bending the back backward while lying on the stomach, which stretches and tones the entire back of your body. 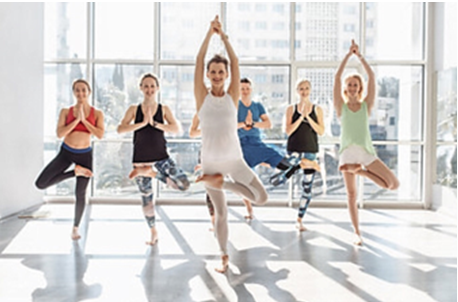 This pose is a replica of the stable but elegant position of the tree. Its name comes from the Sanskrit words vriksa or vriksha, which means tree, and asana, which means stand. For this pose, unlike most others in yoga, you are required to keep your eyes open so that you retain your balance.

The posture of the pigeons is practiced in a sitting position. This is a back position that causes your breasts to swell, thus resembling the posture of a pigeon. That is why this asana is called Raja (king), hood (dove), asana (posture). This asana is for advanced yoga practitioners. 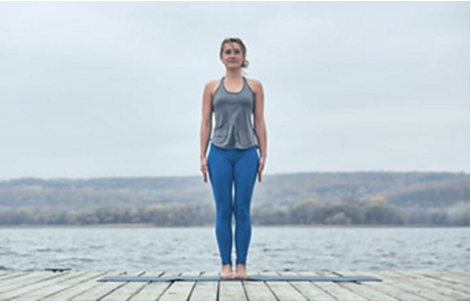 Tadasana is an ideal warm-up position. It improves blood circulation, thus ensuring that your body is ready for other poses. Tadasana is also called a mountain pose.

Navasana – Navasana for back pain

This pose is named after the shape of the boat it imitates. “Nauka” in Sanskrit means “boat” and asana means posture.

This asana is a basic yoga pose. It looks like a bow and that’s why it’s called that. Dhanur in Sanskrit means bow, and asana means posture. 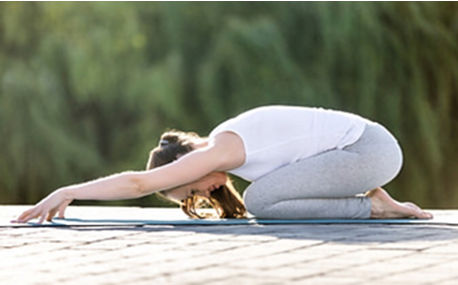 Shashankasana is also called rabbit posture because it resembles a rabbit. This is an easy to perform asana and can be done by absolutely anyone, regardless of age.

Garuda is the Sanskrit term for eagle, but it also means swallowing. This asana is designed to absorb fear, ego, and doubt so that you can pave the way for your positive intentions. 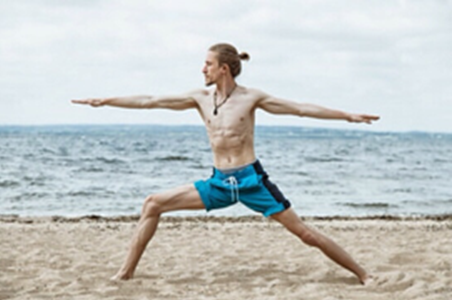 This asana is named after the mythological hero created by Lord Shiva called Veerabhadra. “Faith” in Sanskrit means hero, “bhadra” means friend, and asana means posture. This pose is one of the most graceful poses in yoga. It celebrates the achievements of the mythical warrior.

The dolphin posture strengthens and stretches the shoulders, upper back, and legs. This combination of strength and flexibility can help in many areas of your practice. 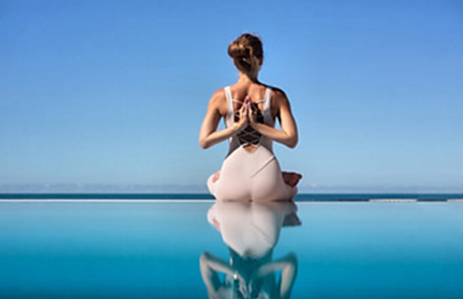 This asana is named after the Sanskrit words “baddha”, which means “bound”, “kona”, meaning “angle” or “bifurcation”, and “asana”, meaning “posture”. Also called the Butterfly Posture, as the open thighs are joined by the legs, and the up and down movements resemble the position of a butterfly in motion. Although extremely simple, it is very useful.

“Matsya” in Sanskrit means “fish”. It is so called because if this asana is performed in water, you will tend to swim like a fish. It is one of the best asanas in yoga for bidding. A healthy back is like a hard root that keeps the body upright and healthy.